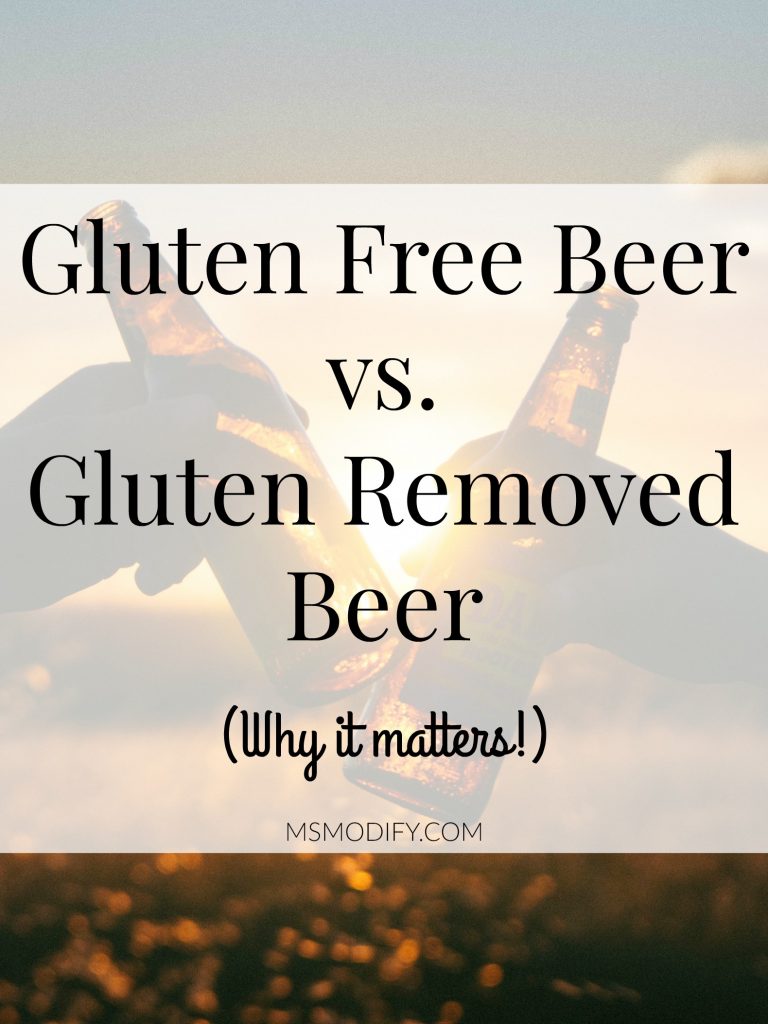 Beer that is brewed with 100% gluten free ingredients is classified as 100% gluten free. However, several beers have come on the market over the past few years that are made with barley (a gluten grain), but labeled as “gluten-removed.”

Brewers start with barley, which gives the beer it’s traditional flavor and then add an enzyme in the brewing process called “Brewers Clarex” that breaks down gluten and other proteins. The resulting brew tests below the currently accepted “gluten-free” standard of less than 20 parts per million. This is where it becomes controversial because there are many different methods that detect gluten levels, which can produce different results. Traditional methods of testing look for the whole protein, whereas in the process of making gluten removed beer it breaks down the proteins, which can make it harder to test.

The process doesn’t actually remove the gluten but instead it breaks down the gluten molecule chain into much smaller pieces that their manufacturers claim renders them safe for those with celiac disease or non-celiac gluten sensitivity to drink.

Gluten removed beer cannot be labeled as “gluten free” and additionally on their label they state that a process was used to remove gluten however they may still contain gluten.

Is Gluten Removed Beer Safe for People with Celiac?

You can read the whole study here.

With so many gluten free options, I recommend sticking to those if you have celiac disease or gluten sensitivity. If you’re unsure, always select the option made from non-gluten grains.